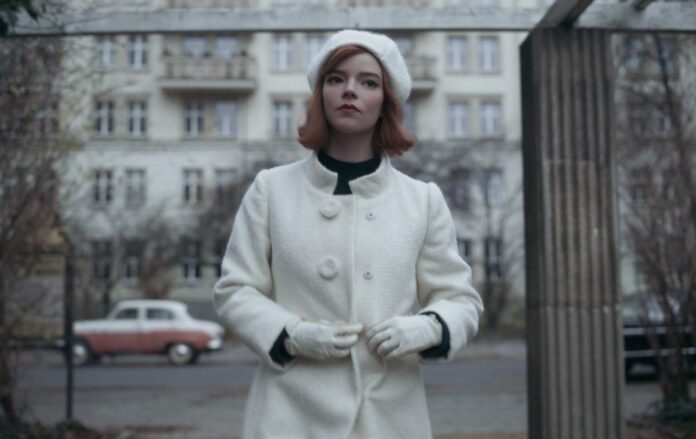 About fifteen minutes into the first episode of The Queen’s Gambit—the wildly popular Netflix series about the ascent of a prodigy through the world of 1960s competitive chess—eight-year old Beth Harmon opens the door to the basement in the orphanage where she lives, and disappears down the stairs.

The scene is pivotal to the series: it is in this basement that the orphanage janitor, Mr. Shaibel, practices his chess game, and it’s where Beth will eventually convince him to teach her to play, as well. But the tension in the scene comes from another place altogether. Recently orphaned and brought to the Methuen Home to live, Beth is young, alone, and vulnerable—and we all know what happens to girls in dark basements. Don’t we?

I watched all seven episodes of The Queen’s Gambit over two days. I inhaled it, really, as much for its lush vintage styling as for its spare and precise dialogue and compelling performances. But weeks later, there’s one thought that I keep coming back to.