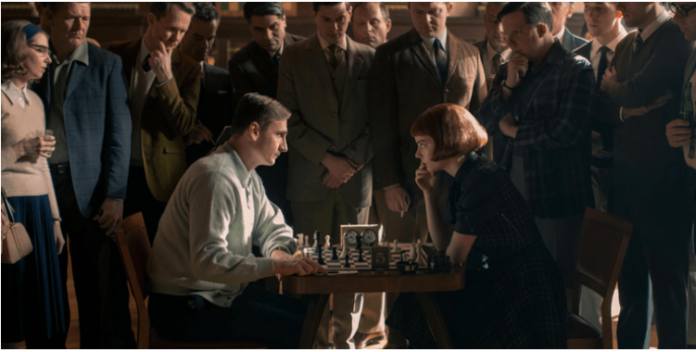 Surprisingly, he also gave the production some pointers on topics he wasn’t initially brought in for. In Episode 4, “The Middle Game,” he suggested adding a scene in an elevator where Borgov refuses to underestimate Beth because she is an orphan who will fight because she has nothing to lose.

Kasparov’s own background living behind the Iron Curtain also came in handy. He mentions how the show originally intended to portray Borgov traveling abroad with his family and no KGB agents accompanying him, something the Russian pointed out would not be realistic for the USSR in the 1960s. He also explained that in a scene where Beth approaches several amateurs playing chess in Moscow, the players would not refer to her by her full name, but they would call her “Lisa,” the preferred Russian method for referring to people named Elizabeth.

These changes, among a number of others, may not have been groundbreaking or particularly noticeable to American audiences. However, across the Atlantic, they were incredibly well-received in Russia, where many have praised the series for its quality and authentic depiction of their country’s society and culture.