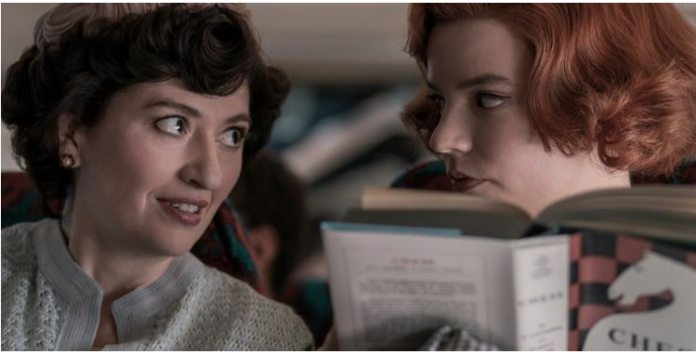 Tragically, Beth enters her hotel room after loosing against Vasily Borgov, only to discover the reason her mother never showed up at the important match: Alma was dead. The Queen’s Gambit doesn’t dwell on the tragedy, leaving the exact cause of Alma’s death mainly ambiguous. Beth references that Alma died from suspected hepatitis, although she doesn’t specify what strain.

Hepatitis refers to an inflammatory condition that affects the liver, which is the organ responsible for filtering toxins from the body (like alcohol and medication). While there are several versions of the disease, Alma likely developed the noninfectious form, either alcoholic hepatitis as a result of her frequent drinking, or autoimmune. Based on the evidence presented in the show, this is a likely explanation — one that was set up shortly after Alma was introduced.